The Power of Praise 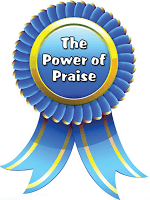 Caring teachers are lavish in their praise; they know that praise has the power to motivate reluctant learners and to build self-esteem. So who would have thought that praise could actually be harmful? Believe it or not, research has shown that one type of praise in particular can have unintended but highly damaging consequences. Before you reject this conclusion, let me tell you about about the research and share my own personal experiences with praise.

A few years ago, Dr. Carol Dweck published an article in Educational Leadership called The Perils and Promises of Praise in which she described several studies she and a colleague conducted that had astounding results. This research was also referenced in a terrific article in the New York Magazine called How Not to Talk to Your Child: The Inverse Power of Praise. I urge you to read both articles; I guarantee that you’ll be fascinated by this information.

Praising Intelligence Versus Effort
In a nutshell, Dr. Dweck and her colleague divided groups of students into two subgroups and gave them a task to complete. Then they pulled the students out one by one to give them their results and also offered a single specific line of praise to each student. Kids in the first group were praised for being smart. Students in the second group were praised for working hard and putting forth effort. Then they gave the students another task, but this time the students were allowed to choose between a challenging task and one that was obviously much easier. Guess what? A full 90% of the kids who were praised for effort chose the challenging task while most of the others chose the easy task! Then later when the students were retested on the original material, the ones who were praised for effort improved their scores and the “smart” kids did worse!

When I first read about this study several years ago, I immediately thought of my two daughters who are both extremely bright. Through the years they were praised repeatedly for being smart. What else is a teacher supposed to say when a kid easily masters every concept? Yet problems arise when children spend the first 10 years of their lives being told they are smart, and they hit middle school where things become a little more challenging. You can see how a child’s self-esteem might take a hit when they’ve always been told they are smart – yet now they have to struggle to make good grades.

Interestingly, my older daughter Wendy discovered the New York Magazine article herself the other day and forwarded it to me. She could really relate to the study results and felt that repeated praise for being smart may have had a negative impact on her willingness to take risks and tackle new challenges. She understood on a personal level how when your identity is wrapped up in feeling “smart,” the idea of struggling and perhaps failing is difficult to face. Wendy is now a successful engineering student at NCSU, but she’s learned that being smart doesn’t mean you are perfect. In fact, one sign of true intelligence might be the willingness to take risks, occasionally fail, and learn from your mistakes. 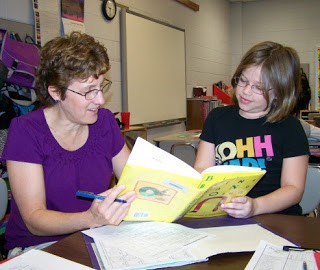 As teachers, how can we use this information? In my opinion, this study has tremendous implications for education. Remember that it’s not praise itself that’s the problem – it’s praising intelligence alone that leads to negative consequences.

So what if instead of telling kids they are smart, we praise them for putting forth effort? What if we teach them that we aren’t just born smart – we become smarter through hard work and persistence?

This might seem to be an effective solution, but it only addresses part of the problem. When gifted kids master every academic task with ease, praising for effort becomes meaningless. Perhaps when that happens, it’s time to take a look at our own teaching practices and ask ourselves why everything is so easy for these students. What can we do to make sure every child faces new challenges every day?

Discovering the Power of Pride
Instead of offering a steady diet of whole-group instruction, it’s up to us to offer other options like learning centers, small group instruction, and reading workshop – strategies that provide sufficient challenges for all students. Ironically, as students experience personal challenge, they will also experience the satisfaction of overcoming those challenges. As a result, their sense of pride will boost their self esteem more than external praise ever could – the power of pride will trump the power of praise! 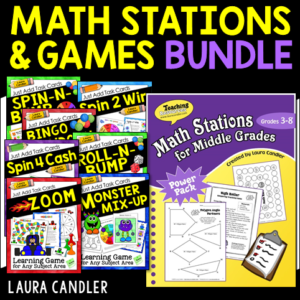